Welcome to this weeks Tuesday Tales to the word prompt purple. This is the continuation of my new WIP. This is a rough draft so I apology for any errors.


Rachael couldn’t help but laugh.  It always had been the same thing between the two of them all these years.  Whenever they got stressed out they would announce “cocktail time” and would indulge in cocktails and sugary snacks for a quick fix.
A martini would be exactly what the doctor ordered.  Her nerves were starting to get the bet of her about returning to her hometown.  City living had been a thing of the past now that she had fully 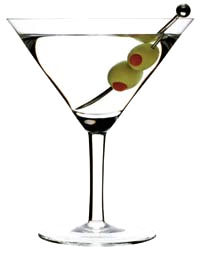 adapted to a slower environment.
The transformation from city life to country life had been tough.  There were plenty of times when she wanted to get into her car, come back home and reclaim the life she once had.  Things were different in Crown Royal and she had changed along with the little town.
Lacy had been her godsend. She moved up to Crown Royal close to seven years ago when her boyfriend, now her husband’s company relocated.
In the beginning, Lacy drove her crazy, calling her more than a dozen times a day crying, saying how much she hated it there, but as the months passed by, Lacy changed.  She spoke about Crown Royal like it was a tropical paradise, begging her to take a long awaited vacation and come spend some time with her.
Rachael put the vacation off for another two years.  The day after she received the tarot cards, she took Lacy up on her offer, never looking back.
“We’re all set,” Lacy announced handing Rachael an oversized martini glass. “Let me tell you, you should’ve seen the look on the bartender’s face when I asked for a triple.”
“I could just imagine.” Rachael held up her glass.  “To our return.”
“Yes.  To our return,” Lacy agreed as they clanged glasses.  Lacy took a sip before sitting back down.  “I’ve got to do something about my hair while we’re here.” She pushed her bronze colored bangs out of her eyes.  “One thing’s for sure, you can’t get a good haircut out in the country.”
“Then,” Rachael said raising her glass again, “To the hair salons in River Lake Springs.”
Both women laughed as once again they clanked glasses.  It seemed like only yesterday that Lacy spend every weekend at her house either by her pool or dining room table clanking glasses at every possible scenario, and discussing their most passionate secrets, desires and fears to one another.
“Do you ever regret giving up your job t the television studio?” Lacy asked.
“What makes you ask that after all these years?” Rachael rolled her olive eyes and added, “You know the answer to that.  I loved my job, however, it was the price I had to pay to revamp my life.”
“And revamp we did.”
“That’s right.  I gave up one successful career and within five years we’ve become forty-something entrepreneurs.”
“It was our dream that we always talked about. Opening the New Age Candle and Gift Shop has made us independent women.”
It had taken them months to get all the merchandise they needed.  Besides buying religious 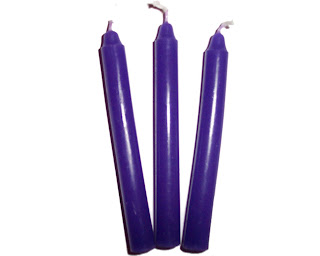 figures they had colored candles, especially the purple ones she loved, incense and a full supply of holistic candles and oils. All their greeting cards were handmade as well as any holiday decorations.
“Yes it has.”
Lacy took another sip of her martini and crossed her lean legs.  “I have a question to ask you I know you aren’t going to like.”
“Then don’t ask.” Rachael looked at Lacy.  When their gazed met, Lacy grinning.  “Go ahead, I know you’re going to ask anyway.”
“How well you know me. “But I want to be better able to prepare myself.  So,” she began clearing her throat and turning sideways in her seat, “I just want to know what effect this trip will have on you if you run into Charlie?”
“It’s been over five years Lacy.  I’m quite set I my ways and don’t foresee myself falling off the wagon if I see Charlie.  Now can we change the subject?”
They rode in silence before Lacy leaned over her and pointed out the window. “We’re getting closer to the city.  The farms have turned into factories.”
“Yeah and look at the smog,” Rachael added.  “I can’t believe we were able to breath.”
“And I’m still trying to figure out why I’m included in the reading of the will and what the hell is waiting for me when I get to the attorney’s office.”
“I know.  This whole will thing is absurd.” Nodding, Rachel concluded, “Leave it to your ex-husband to cause a rumpus from the grave.”
“You can say that again,” Lacy agreed shrugging her shoulders.  “You know what I love best, the fact that at different stages in our lives we jumped ship without looking back.” Closing her caramel colored eyes, she hesitated a moment before opening them in a smile.  “We both turned our lives around and built a company from a fragment of an idea we came up many years ago.  To think we did that in less than five years.”
“We worked hard to get where we’re at today, despite the monetary beating we took in the beginning getting the story up and running, but we stood together and did it.”
“Yes we did. I wouldn’t have been able to do it without you.  You refused to give up and never lost faith.”
“That’s right,” Rachael said.  “This was an important venture for both of us.  I thing we needed to do this to prove to ourselves we could survive.”
“Absolutely.  I gave up on men and never thought I’d eve be happy again or get involved in a relationship until I met Gene.”  Smiling she continued, “I found a warmness and sincerity in him I never had with Matt.  It took me a long time to forget the pain I endured during my marriage. I made the right decision when I married Gene.”
“Without a doubt.” Rachael tucked the cards back into the pocket of her wallet and crossed 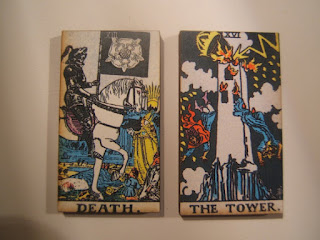 her arms.  “He welcomed me into your house with open arms and supported me through my whole ordeal. I don’t think I would’ve made it without the two of you.”
“Our friendship is golden and we’ve both supported each other through the best and worst of times.”
“I hate to bring this up again but you really never confided in me what happened between you and Charlie.”
“I never told you because I never knew what happened.” Closing her eyes she concentrated hard and whispered, “It was those damn cards. He told me he loved me and I was the love of his life.” Sigh. “He apologized for making a mistake and moving Peggy in with him when we had broke up for few months. He said he cared about her, but wasn’t in love with her.  He asked me to give him more time, just a few more weeks.”