Welcome to my first post to Tuesday Tales. This week’s prompt is Midnight. I thought it would be fun to start with an upbeat scene.
I’d like to thank Jean Joachim for telling me about this wonderful group all the hard work she has put into it.

Alexandra Scaronni pulled her car over to the side of the road. In the dark she searched through her pocketbook until she found the directions she had hand written earlier. Just looking at her surrounding, she knew she had made a wrong turn around a half hour ago. The directions read make a left at Greenpoint Road and a quick right down the winding road. Tonight she had to make certain she arrived on time. Once a year the harvest moon made an appearance and this year, the sky was clear and the moon orange.

This annual rendezvous took place once a year for the past four years. This year would be their fifth anniversary and she had a feeling that it would be different.
Billy had been quite secretive about this adventure. He promised her the time of her life. Alexandra couldn’t imagine anything different. The only difference this year was their meeting place. Usually they met at the local tavern down the road from their apartment. She was excited to see what Billy had in store for her this year.

Shifting her car into drive she sped off down the dark road. It didn’t take long for her to find where she made the wrong turn. If she had been more observant she would have seen the big red ribbon tied around the street sign. Oh yes, that was Billy. Always full of surprises, leaving her little tidbits of what’s to come.

The minute she made the turn, the shadow of the moon lit the path. Billy had said once she made the turn the ride would only be about ten minutes down the road. The road was desolate with no houses visible at all. Finally, she saw a stop sign and dead end sign. Great. Where the hell did she go now? Straight.

Her headlights shined on his black pickup truck, otherwise everything surrounding the area was dark. She stopped her car and checked the time. Eleven forty-five. Excellent. That gave her fifteen minutes to find Billy and be standing under the harvest moon exactly at midnight. Billy specified this in the posted-it-note that he left on her sunglass case.

The excitement of the unknown drove her crazy. Billy had always been unpredictable, but this was the first time that he ventured out of his comfort zone. The question was, why?

The first thing that caught her attention was the multi-colored sign on the side of his truck. Stepping out of the car, she went to take the note off the door, but stopped when she realized that Billy had put post-it notes together to form a poster sized note. It read: “Walk around the truck and at a minute to midnight, call my name and you’ll be astonished at the surprise which awaits you.”

Alexandra, took a step back and wanted to run. This was getting too freaky for her likening. But the thought of the unknown really draw her in. Billy knew just how to get her.

Holding her car keys in her hand, she pressed the button on the penlight keychain. The light wasn’t bright, but she was able to make out what looked like a chair in the distance.

“Shut the light out Baby. You’re going to ruin the surprise,” Billy’s voice echoed in the dark.

“I don’t want to ruin anything. I just got a little freaked out because it’s so dark and desolate out here.”

She heard his feet crunching along the dried leaves ahead of her. He wasn’t too far away as his steps became closer and the scent of his cologne lingered along with the smell of the trees.

With her penlight, she checked the time on her cell phone. She had no cell phone service and the time, three minutes to midnight. Her heart raced, as she stood frozen in place.

“Alexandra, are you there?” Billy asked his footsteps getting closer.

“Yes. I’m waiting for the stroke of midnight to call your name.”

“Reach out, take my hand, let me lead you. The time is now.”

“Reach out your hand.”

Alexandra raised her hand and his calloused fingers took her hand in his.

Walking besides him, hand in hand, Billy lead her to a white picket fence. He swung the gate open and immediately the glow from the moon lit the path. To the left stood a white house, but they kept on going. He stopped and dropped her hand.

“Stay right here for a moment.”

“Okay. There’s nowhere else to go,” she whispered not loud enough for him to hear.
From the house, Alexandra could hear the clock going off. “It’s midnight Billy.”

Within seconds, floodlights went on and a table and two chairs with two champagne glasses and a dozen red roses stood in front of her.

Covering her mouth with her hands, tears escaped from her eyes. “Oh my God Billy, this is gorgeous.”

“Not as beautiful as you.” Getting down on one knee, he took her hand in his and slid an emerald shaped diamond engagement right on her finger. Looking deep in her eyes he asked, “Will you marry me?”

Alexandra didn’t have to give the question a single thought. “Yes, I will marry you.”

In the distance, the clock rang one last time.

“It’s now midnight. And the second half of my surprise is to your right.”

“The house Baby. The one we past on our first date.”

He pushed her brown wispy bang out of her eyes and dried her tears with a hankie.

“Save some of those tears. You haven’t seen anything yet.”

“Your journey with me has just begun.”


Please take a moment to stop by. Stop by and visit the Tales of Tuesday website where you will find wonderful stories from other authors. Click Here
Posted by Karen Cino at Monday, September 26, 2011 1 comment: 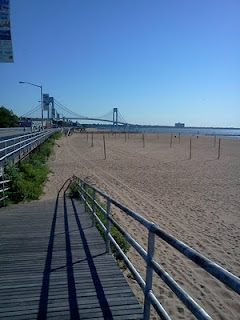 I still can't believe that all this positive energy is coming my way. I am so absorbed with happiness. I've even got an estimated release date of February 22, 2012. The happy dance is still going on over at my house in Staten Island. But now that I have a release date, I am excited about getting the word out there. Now the challenge is on. I'm looking for a unique way to promote my book. I look forward to sharing with my work with the readers, meeting them and getting their feedback so that my next book is something that they will be looking forward to reading.

I do have another two books in the works. One being a romantic suspense and another being a mainstream women's fiction. But before I do that, I want to share tidbits of my novel during 6 sentence Sunday and Sweet Saturday samples. I am working on my short story for Tuesday Tales and I'm really looking forward to sharing that with all of you.

Hope to see you on Tuesday. Stop by and leave a comment on my blog.

I'll also share my boardwalk pictures with you too.
Posted by Karen Cino at Sunday, September 25, 2011 No comments:

I Got the Call 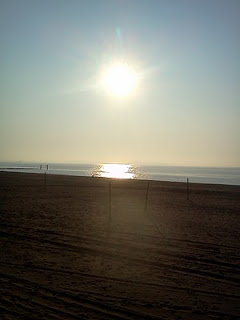 I am still doing the dance. I got the call last Monday along with a publishing contract from Secret Craving Publishing. I am still in shock. It's hard to believe that after all these years my dream of becoming a published author have come true.

I never thought I would get the call. Now that I have, I'd like to thank Romance Writers of America for leading me down the right track. I have learned so much since becoming a member over six years ago. I also would like to thank Tanya Goodwin, my critique partner for all her "suggestions", which were always right, and for the brainstorming sessions that took place over the phone.

I am going to take you on this wonderful journey with me. Along with my daily walk on the South Beach Boardwalk in Staten Island, New York.
Posted by Karen Cino at Wednesday, September 21, 2011 2 comments: