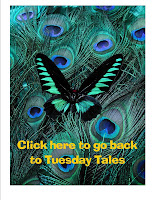 Over the course of the next few weeks, Billy an Alexandria continued to work on the interior of the café. The day the UPS driver brought in over two dozen boxes containing the dishes, glasses and different shaped coffee cups, reality set in that the café would be up and running soon.

Billy spent the morning cleaning the freezers and refrigerator so they would be ready, while Alexandra worked on the bar turned coffee counter and strategically placed the glass cake and Danish holders on top.

Alexandra surfed the internet for days until she found the ones she pictured in her mind, clear crystal with rose cutout, like the ones her grandmother had. She wound up finding them in a second hand store. Then while on a mini four day escape to Pennsylvania where along the way, they stopped at many antique stores, she filled in with the rest.

“Coffee?” Alexandra called out to Billy in the kitchen.

Alexandra set up the machine and turned it on. Looking around the room at the boxes, she couldn’t help but smile. The excitement of setting the tables and filling the shelves with the cups made her aware of the work ahead.

“Love the smell of freshly brewed coffee,” Billy said, wrapping her arms around her waist. “But the smell of your perfume, well, is turning me on too.”

“What you’re smelling is a combination of bleach, orange furniture polish and coffee,” she laughed, leaning into him and kissing his lips before backing out of his arms.

“No, I don’t believe you.” Grabbing two mugs he poured their coffee. “What do you say we sit out back?”

“Sounds like a wonderful idea. We’ve been cooped up in here all day.”

“Tell me about it. I was gagging on the fumes from the bleach. But I wanted to make sure the freezer was sterilized.”

“I know. It’s important that everything is spotless.”
Alexandra followed Billy to the back door. Before opening it, he turned to face her.

“There’s a surprise for you outside.”

“Are you kidding?” Alexandra couldn’t image what he was up to now.

“Instead of answering, he opened the door. She stepped outside and gasped. Billy had mowed the lawn, laid pink and beige octagons bricks, making a patio and replaced the dilapidated table with brand new patio furniture.

“Oh my God Billy. I love it. When did you have the time to do this?”

“When it comes to you, I always find the time. Now come sit.” He pulled her chair out for her. “It’s a beautiful day out. It’s seasonably warm and the sky is blue without a cloud to be found. It’s the perfect day, just like you.”

Alexandra sat. “You re so full of surprises.”

Billy pulled his chair next to Alexandra’s and reached out and took her hand. “I was thinking if things worked out inside we could expand to outside, especially during the summer.”

“Sounds like a great idea. Maybe even do karaoke one night a week.”

Billy sat back in his chair and rested his feet on the chair across from him.

“That means you have to draw up new blueprints for back here.”

“Consider it done,” Billy smiled. “Wait until you see what else I have planned for you.”

This weeks prompt is Sky. Check out the awesome tales by a group of talented authors at: Tuesday Tales. 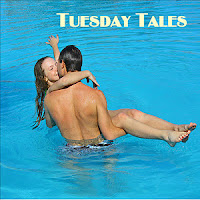