Welcome to this weeks edition of Tuesday Tales. It feels great to be back with this awesome group of authors. With September rolling in, I'm starting a new story. I so sad that the summer is almost over. It really went by too quick. Happy September!

Anna Hershitelli followed the instructions on the certified letter she had received a few days previous. This whole adventure had been surreal, one that she had never dreamed would have ever happened to her.

When she received the letter, she had tossed it aside, assuming it was another letter from a creditor. When her partner died two years ago, it was a complete shock. Billy had been in the best of shape. Every morning they went jogging together before heading to work. Who would have thought that a forty two year old man would have a massive heart attack? 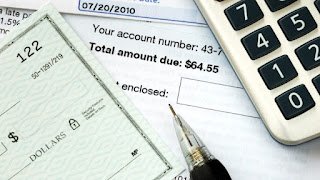 The bills started pouring in after the funeral along with the debt he had incurred. They had been together for ten years and had thought that he was well off, only to find out that he had absolutely nothing. She had been the fool who had agreed to take out joint credit cards.

Six months after his death, she was swamped with credit card bills. She had been given him half the money for the rent and he apparently was pocketing it and paying with his credit card. And all the beautiful jewelry he had given her, she now was stuck paying for it.

The trip on the Garden State Parkway went smoothly until she got off the highway in Little Egg Harbor. She had followed the instruction perfectly until she made the last left. Where the hell was Willow Tree Place? Even her phone’s GPS brought her to the same place, which had a sign that read, “No Outlet” along with two metal gates closing off the dirt street. This time, she pulled over, got out of the car and asked the young couple standing outside where Willow Tree Place was. They laughed before telling Anna where she made a mistake.

Anna found her way out of the cul-de-sac and made the left turn down a dirty road that brought her through woods and out onto route nine, where the house was located on the corner lot.

The house was made out of stone, just like the letter said. She pulled behind the SUV parked in front 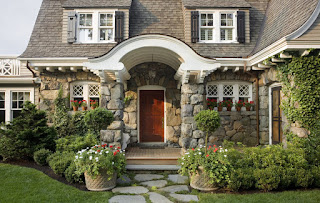 of the house. By the time she got out of the car, an elderly man stood in front of the slate walkway to the house.

“Nice to meet you.” Anna shook his hand. “I’m sorry I’m later, but I got lost along the way.  I didn’t realize that Willow Tree Place is off of route nine or else I would have taken route nine the whole way down.”

“I have to apologize. I had made the same mistake the first time I came here too. Technically, the house has two addresses, one on Willow Tree Place and the other on route nine. Your aunt used the Willow Tree Place address because it was a difference in her taxes being off the main road.”

“I can’t believe she had this house. Even my mom didn’t know anything about it.”

“It’s a beauty if you look vintage.”

“So I can see. I think the last time I saw a cottage made out of stone was on HGTV.”

“You’re probably right. There aren’t many like these around anymore. That’s why you have gotten yourself a beauty here,” he said taking a folder out of his briefcase. “Let’s go into the house so we can go over the paperwork.”

“This cottage is yours. When your aunt passed away, she left the cottage to you, her only niece. She was certain that you were the one who would keep the house,” he explained.

“I don’t know why she would think I could handle a house when I’m so much in debt.”

“Not anymore. She took care of all your debt. When she came to do her will, she said you were the only one who ever called or visited her. You are debt free with a beautiful twenty-eight hundred square foot house, waiting for you to move into.”

“This is a lot to digest.”  Anna reached down into the calf high grass and lifted up a soda can and a steak bone.  “Looks like the lawn hasn’t been maintained in quite sometime.”

“Maybe so. But wait until you see the inside.”

Posted by Karen Cino at Saturday, September 02, 2017 No comments: