Welcome to this weeks Tuesday Tales to the word prompt Bargain.  This is unedited so please excuse the errors.  I hope you are enjoying Pia and Lorenzo's story.

Pia’s emotions were flying high.  When Lorenzo dropped her off the night before he had been vague about what was going on in his mind.  What decision was he talking about?  Maybe he needed to make a decision if he wanted to be with her?

“Stop,” she yelled covering her eyes with her hands.  She had to stop speculating about what Lorenzo was going to say to her.

Pacing back and forth in her living room, she kept looking at the clock on the cable box.  Five minutes seemed live five hours.  Lorenzo had called earlier saying he would be over by three.

By quarter to three, Pia had been in and out of the bathroom at least a dozen times.  She had no idea what to expect.  But deep down she had a feeling that things weren’t going to go as she wished them to.  Why did she listen to Lisa?  She should have told Lorenzo from the beginning.  Now he had to deal with more than he had bargained for.

When the doorbell rang, her heart dropped.  Deep down, she knew her walking papers were just moments away.  She would never forget the look on his face when Larry called her his wife.

Lorenzo walked in giving her a quick peck on her cheek.  Pia bit her bottom lip as she closed the front door.  She didn’t want to cry.  She’d take the breakup in stride and wait for him to leave to cry her eyes out.

“Can I get you something?” 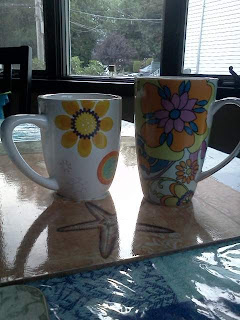 “Not at all.  I already have a pot ready.  If you excuse me for a moment, I’ll be right back.”

Pia felt her eyes water.  Lorenzo had a blank look on his face.  No emotion at all.  He had yet to look her in the eyes.  She was no fool.  She knew exactly what was coming.

Reaching on her tippy toes, she slid the white serving tray with flip-flop boarder off the top of the refrigerator.  She placed the coffee in a matching thermal pitcher, along with matching coffee mugs, sugar and a box of bakery cookies.  She grabbed the creamer out of the refrigerator and walked into the living room.

She placed the long rectangular tray on the table.  Before sitting down, she poured the coffee.

“I know.” She nervously giggled.   This was torturous not knowing what he had to tell her.

Lorenzo lifted his mug, took a sip.  “Are you all right?”

“Yes.  Why?” she asked, trying her best to keep her composure.

“You don’t seem yourself.  You seem kinda nervous.”  He placed his hand on her knee.  “There’s no reason to be.” 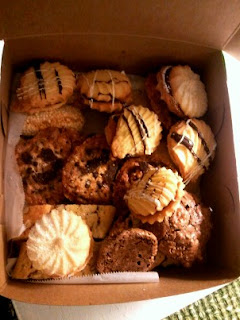 “Okay,” she shook her head.

“I made some decisions and I didn’t want to leave you hanging any more than you had to.”

Welcome to this weeks Tuesday Tales.  The past two weeks my internet has been down.  With a new router, I am up and running.  I hope you enjoy my story between Pia and Lorenzo.

A few days had past by since Lorenzo and Pia went for dinner.  Pia was certain Lorenzo wasn’t going to forgive her, not that she knew anything about her bogus marriage.

Her friendship with Lisa had been marred for life.  Pia could never forgive her for deceiving her.  They had shared every childhood memory together straight into adulthood.  Now she felt violated.  Everything she had shared with her best friend had been a farce.  She wouldn’t be surprised to find out that Lisa shared all the intimate details of her relationship with Lorenzo to Larry.  Dear God, how embarrassing. 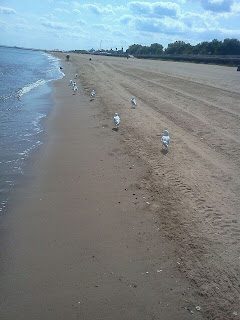 Pia turned around at the ocean’s edge.  Lorenzo walked through the sand holding on to his sandals waving to her.

“What are you doing here?”  she asked totally surprised.  “How did you know I was here?”

“Wow, you ask a lot of questions,” he said walking within inches of her.  “This isn’t a court of law.”

“I’m just surprised.”  Her heart beat quickly beneath her sheer white cover up.  “I didn’t think I would hear from you again.”

“Why would you think that?”

“Because of the whole situation.”

“I needed a few days to think things through.”

Lorenzo took her hand and they started walking through the water towards the Verrazano Bridge.  The water felt refreshing on her feet as they walked quietly.

Lorenzo stopped walking.  He turned to face her, holding her face between his hands.  Slowly he lowered his lips until they met.  They kissed as the water flowed through their toes.

“The whole time I was on the road trip I couldn’t wait to come home.  I’m not bragging, but through the years I have had many girlfriends.  But with you it felt different.”

Pia gazed into his ocean blue eyes.  “I feel the same.  The past two weeks I was sick to my stomach, devastated by what had transformed right in front of my eyes.  My best friend betrayed me, my business partner, God only knows what Larry was going to do.” 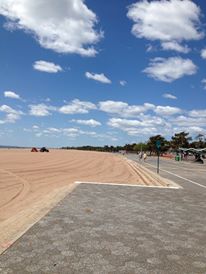 “That’s over.  I called my lawyer.  On Friday morning, I will go with you.  He will figure out what to do with all the paperwork.”

Pia ran her fingers through his thick blond hair.  “Thank you.  Are we good?”

“Yes we are, as far as our relationship goes.”  Lorenzo frowned.

“I have a major decision to make within the next twenty-four hours.”

“What does it have to do with?” 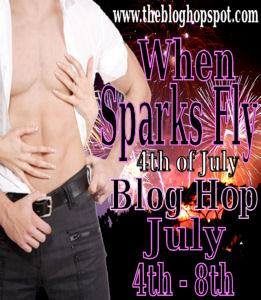 Welcome to the 4th of July Blog Hop. This holiday I will be working on my next book.  But in my previous releases, there is always some sort of fireworks going on, in and out of the bedroom.
Most importantly, have a happy and safe holiday weekend.

I will be giving away a copy of my book, your choose.  Leave a comment telling me what your favorite 4th of July treat is.  Don't forget to leave your name and email address.