Welcome to this weeks Tuesday Tales. This week, we're taking a different approach. We're using a picture prompt. Please take a few minutes to read the other delicious tales at: Tuesday Tales.

My character Nikki Petrino from my debut novel Roses will stop by to give tell you her story.

Nikki waited in the limousine for Drake. She couldn’t believe she was sitting in a black stretch limousine, a far cry from her old Toyota Corona, which just about ran. Drake dropped into her life eight years ago. When she went to Acapulco to start over again after the death of her husband, never did she expect to meet the love of her life on her first day there. 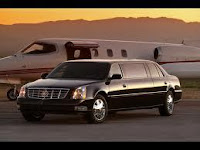 Nikki grew up in a strict Italian Catholic household. Born in Brooklyn, she moved to Staten Island when she was a toddler. She had very little growing up and spent most of her free time at the family restaurant along with her brother, Rocco. It was her parents dream for Nikki and her brother to take over the family business. But Nikki had other plans. Her dream was to be the first in her family to get a college degree. She didn’t want to be a part of the family business and get stuck driving the old pickup truck they all shared.

On her first day at high school she meets her best friend Penny. Nikki immediately gets involved in the school newspaper and writing became a big part of her life. After graduating from college, she gets a job working at Baseball Digest magazine. When she met her husband Joey, she started keeping a journal of their life together, and what went on in her life. After the death of her husband, both Penny and Rocco typed up her novel and sent it to a publisher.

It was hard to believe how much her life had changed, since she met Drake. She learned there was to saying I love you, and there was a difference between having sex and making love.

How Nikki met Drake…that’s a whole other story.


After the untimely death of her husband in the line of duty, Nikki Petrino still grieving three years later, goes on retreat to Mexico to finish her novel, where she meets musician Drake Dente a 90’s rock icon working on lyrics for his comeback CD.

After meeting at dinner, Drake and Nikki can’t keep their eyes off each other. Sparks fly and they instantly became an item. Upon returning to New York for Nikki’s high school reunion, she learns shocking events from her best friends.

After a misunderstanding, Nikki is missing and Drake is desperate to track her down.


Roses is available at: