Welcome to this weeks Tuesday Tales. This week will conclude the adventures of Billy and Alexandra. I'd like to thank everyone for for stopping by my tiny space on the web every week giving me your love and support. Watch out next Tuesday for a brand new story with Pia and Lorenzo.

For other wonderful tales by a group of talented authors check out TUESDAY TALES.


Alexandra waited until after they had their coffee and dessert before she asked Billy the questions, which kept going through her mind while she sat tied to the wooden chair in the café. What she couldn’t understand was why the doctor kept asking her where Billy hid the diamonds. He insisted that there had to be at least two dozen diamonds missing, which went back to Billy. She wanted the truth.

“Why don’t we kick off our shoes and sit in the living room.” Alexandra grabbed her coffee mug off the table and sat down crossed leg on the couch. “I’d like to talk to you about what happened at the café.” 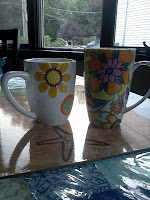 Billy followed behind, sitting opposite her on the loveseat. Alexandra kept her eyes on him. She sensed he had answers to all the questions she was about to ask him. All she wanted to hear was the truth of what happened and why someone was impersonating a doctor.

Silence lingered over them for a few minutes before Alexandra spoke. “I need to know exactly what is going on, Billy. I also need to know what diamonds he was talking about. Billy,” she lashed out, “what the hell are you mixed up in? I need to know right now.”

Alexandra uncrossed her legs and sat back on the couch, laying both her hands on her lap. Her eyes watched Billy’s every move. She felt his uneasiness, almost sensed him being nervous, but in his eyes, she saw love and relief.

“I’m not going to tell you any lies, because there is no need to.” Billy stood. He walked around the cocktail table and sat next to her. “I’ve told you my whole life story except for this part, and that’s because I was sworn for secrecy by my grandfather.”

“I’m listening, not judging,” she said, lightening up the mood a bit.

“Thank you.” Billy sat sideways on the couch. He pushed the strands of hair behind her ears, before taking her hands in his. “I was just a teenager when my grandfather died. A few weeks prior, he had brought me up into his attic. He told me he needed me to move some things around for him.” Billy closed his eyes for a moment and chuckled. “I was up there for over twelve hours with him.”

“Wow. What did he have you doing?”

“At the time, I couldn’t understand. He sat in the middle of the attic in his chair with his cane next him. It had taken him over fifteen minutes to get up the twelve attic stairs.”

“Very bad arthritis in his back and knees, but he was bound and determined to get up there.”

Alexandra slid her hands out of his. Walking into the kitchen, she returned with two hot mugs of coffee. Before sitting down, she leaned over Billy, lifted his chin and softly kissed his lips. “Tell me more.”

“After going through at least fifty boxes, I came across a box that was hand decorated with papier-mâché. It was in that box that my grandfather took out another decorated box with a black satin tied bag. Inside the bag, he took out the engagement ring that I have given you. The ring had been my grandfather’s mother’s. It is a perfect two and a half carat blue diamond.”

Alexandra looked down at her hand. She went to slide it off but Billy stopped her.

“My father borrowed fifty thousand dollars from Doc and put the diamond up as collateral. He told Doc there were a dozen diamonds when there is only one. They shook hands on the deal. My dad could never find it because I had kept it all these years waiting for the right person to give it to. Now doc has come to me to pay up on my father’s debt. ”

“I don’t understand why that man was in my room.”

“His nickname is Doc. He had gotten it as a kid because he was always bragging about going to be a big time plastic surgeon. Instead, he turned into a hustler.” Billy dropped his eyes to his lap and frowned. “I am so sorry you became involved in this. I’m sure he thought you knew where the diamonds were.”

“But this?” she pointed to the engagement ring, “If it’s going to follow us the rest of our lives, then give it back. I don’t need it. I love you, not the ring.”

“That is yours. I held on to it for over two-five years. Even at my lowest, I never sold it. I had made a promise to my grandfather to give it to the girl of my dreams, the love of my life. And that’s you. I want to start planning our wedding tonight and get our dream café up and running for our reception.” 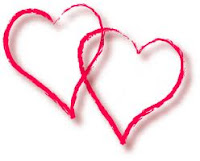 Alexandra eyes watered. “I love you so much.”