Welcome to this week's Tuesday Tales. This week I am starting a new story. I like to thank everyone who stopped by each and every week to read about Alexandra and Billy. I hope you enjoy my new story about Pia and Lorenzo.


It had to be twenty-five years ago that Lorenzo Marcus stole her heart. Her passion had always been sports, with baseball being on top of the list. Pia Tallisico spent most of her teen years going to baseball games. No, she wasn’t a groupie. She didn’t wait in the sidelines for the players to come out, nor did she arrive at the games two hours early to sit and watch batting practice. What she did do was get herself a box on the first base side of the diamond one box up from the railing.

One a hot summer night, Pia decided to go to the ballpark alone. Her partner in crime Lisa Caluco bailed out the last minute because she needed to watch her stepbrother.

Pia ventured out a little earlier than usual. After making a stop at the bank and the gas station she was off to Queens. It turned into a long ride with the usual traffic jam ups on the highway. No matter what time you travel in the city, there is always some sort of construction leading to bumper-to-bumper traffic. She listened to and sang along with some classic disco and classic rock, making the trip a little more bearable, arriving at the ballpark just fifteen minutes before game time. 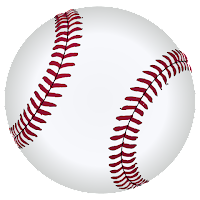 The game was a quick one being played in a little over two hours. Her team won by the score one to nothing. Games like this, it took more time traveling back and forth than the actual time she sat there. Pia grabbed herself a cup of coffee and made her way through the crowd back to her car. Because she had been so late, she had to park in the back of the stadium. She hated it back there. It always took longer to get out of the lot.

Pia got into her car, carefully placing the coffee cup in the holder. Next she reapplied her lipstick before sliding the key into the ignition. She turned the key and….nothing. She turned it again to the same thing. Oh boy, this meant disaster. Getting out of the car, she looked around the lot. Most of the cars in the area were already gone. She’d go back in and see if there is anyone that could help her.

She locked the car. As she turned to walk back toward the stadium, she heard someone call out, “Miss.” Pia turned around, and walking towards her was a tall, muscular dirty blond hair man, dressed in jeans and a white buttoned down cotton shirt.

“I see you have a problem with your car,” the blue eyed stranger said. “I thought I’d stop to see if there’s anything I could help you with before I go home.”

Pia turned and pointed at her car. “I don’t know what’s wrong with it. It just won’t start.”

Pia placed the key in his hand. She watched as he got into her car and tried numerous times starting it, to no avail.

“Do you live close by here?”

“No. I live in Staten Island.”

“Hmm.” He shook his head. “Let me start by introducing myself.” He held out his hand. “I’m Lorenzo Marcus.”

Lorenzo chuckled. “Yes I’m a fan. I wouldn’t mind helping you out.”

Pia thought for a few minutes. “Lorenzo Marcus. You just came up from triple a ball.”

“That’s me,” he grinned. “I can arrange to have your car taken care of tomorrow. I have no problem giving you a ride home.”

“I don’t know about that,” Pia shook her head. “That’s a lot for a stranger to do for another.”

“Not a problem. I’d like to take you out for dinner. Give me a few minutes to call my brother, who’s a mechanic. He’ll take care of everything. If it isn’t anything major, he might have it ready by tomorrow afternoon.”

“That would be great.”

“Now let’s go grab some dinner in the city.”

Check out the rest of the tales at: TUESDAY TALES