Welcome to this week's Tuesday Tales to the word prompt building.  This is the opening scene in my new contemporary novel called From Me to You. This is a draft so please pardon if there are a few errors.

Boxes sat in the middle of the vacant room on the newly refinished hardwood floors.  The decision to pick up and move had been evident for the past few months.  Erika sat down on the old red beer cooler and wondered if she made the right decision in leaving everything behind.  Deep down she realized she had, no other choice.  She needed to leave the past behind in order to move forward.

Standing, she walked to the garden window, parted the curtains and admired her garden. 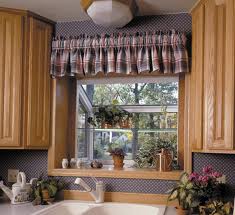 For the first time in twenty years, all the flowers were blooming at once. Maybe that was a sign for things to come.  Erika took this as a sign that everything would be all right.  Not knowing what the future held in the next twenty-four hours made her heart palpitate.

Starting over again was going to be the hardest.  She never expected to be starting over at this stage in her life.  Now, twenty years later she traded in her size two jeans for a size ten, questioning if men would still find her attractive.

She dressed in a denim skirt, the one her daughter insisted was too short for her fort-five year old mom, which consisted of a denim skirt, black stretch T-shirt that hugged her plump breasts along with a pair of denim flats. Year ago she ditched the stilettos bringing her back to her original height of five foot three when lower back pains settled in and opted for either sneakers, flats or flip flops.

Erika walked through the house one last time, leaving all the memories behind when she shut the front door.  It was hard to believe that this stage of her life was ending, with perimenopause in full swing and starting over just hours away.

She ran her fingers along the oak banister, the last project done to complete all the work in the house, which took nearly twenty-two years to complete. The mortgage was paid, the kids were on their own and she should had been on easy street. It was suppose to be Richie and her riding off into the sunset without having any worries.

Erika walked into the bedroom she shared with Richie for the past twenty-five years, walking aimlessly around the empty room except for the few boxes labeled Richie’s, which she was going to dump off in front of the luxurious apartment building he had purchased an apartment in.  These boxes consisted of the things he left behind when he packed and left in less than half an hour. Finding the cards and letters he had hidden under the chest in the back of the closet from his girlfriend felt like a dagger deep in her heart.

If only she had seen the warning signs and didn’t lose her identity somewhere along the way. How did she let herself fall into the routine of putting everyone ahead of herself, especially now with the kids grown with life’s of their own?  And how didn’t she see the warning signs when he changed his style of making love to her?  She was just thrilled that they still had an active sex life.

When the girls all got together, they would complain about how they could care less if they had sex or not.  Erika always advised them to at least have the sympathy sex in order to keep their husband’s from straying.  How ironic it turned out to be her husband who strayed and left her for a younger woman.


Thank you for stopping by.  I hope you enjoyed my new story.  Don't forget to visit  TUESDAY TALES main page to read the other awesome tales from a group of talented authors.