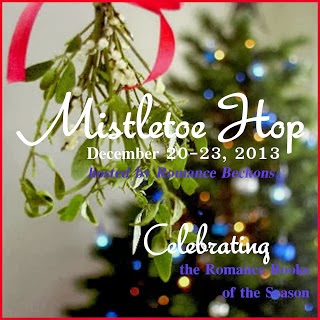 For me, Christmas has always been a magical time of the year.  It was always a time for our family to get together.  One of our rituals was going to church on Christmas Eve, and on the way home driving around looking at all the houses decorated.  Then it was back home for the seven fish dinner along with endless desserts.

To this day, I still keep up the tradition of driving around looking at the Christmas decorations with my kids.  The cookie process is a week long adventure.  I love making a dozen different kinds of cookies.  The top of the list are my seven layer cookies and chocolate crinkles.


Madison Morina, college professor, meets Sal at the college’s pep rally.  They hit it off, but Madison still has her doubts regarding their relationship.


Madison, Shari and Cassie play a major role in protecting Fay, while digging into Angelo’s past.  Shari still can’t channel into Angelo’s mind, leading the women to believe he has something to hide.

A reunion with an old love puts Madison’s relationship with Sal to the test, causing her to reevaluate her life.  While family secrets continue to be exposed, Cassie’s life spirals out of control. Both women will be forced to make life changing decisions.

Having gained Fay’s trust, Angelo is ready to move forward with his plan no matter what the consequences.

Cassie seeks Shari’s help on a case.  While they uncover pieces of the puzzle, they get closer to the truth about Angelo’s past. Madison, Shari and Cassie come together, racing against time, to save Fay from a disastrous fate.

To deal with her onset of early Alzheimer, Fay Odina takes a trip to Italy to spend time with her family, leaving her daughter Heather in charge of the family business.

Madison and Dino Pinzini are dealing with the complications of Dino’s heart attack, which puts their relationship to the test. Meantime, as Cassie Scott deals with trust and commitment issues, she meets New York City Police Detective Antonio Palencia.

Cassie’s cousin, Sophia returns to Staten Island.  Sophia is involved in a dead end relationship with a secret past hidden in a box full of letters.

The women begin receiving puzzle pieces of them in the mail, which could result in disaster.  All they have to go on is Shari’s vision that shows long shiny purple fingernails.

When Antonio receives a tip, he and Cassie have to race against time to solve the mystery.

Will be released March 2014

I will be giving away an e-copy of Mystical Wonders, your choice.  Leave me a comment, along with your email address telling us what your favorite holiday treat is.


All books are available at Secret Cravings Publishing and Amazon


Don't forget to check out the other participating authors.  Click here.
Posted by Karen Cino at Friday, December 20, 2013