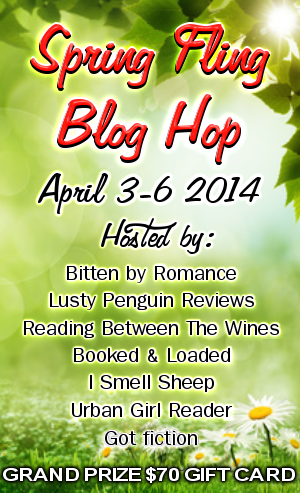 Welcome to the 2014 Spring Fling Blog Hop.   The spring has always been one of my favorite seasons.  When the flowers bud, it means summer is right round the corner.  There are three things in my eyes that go with Spring... 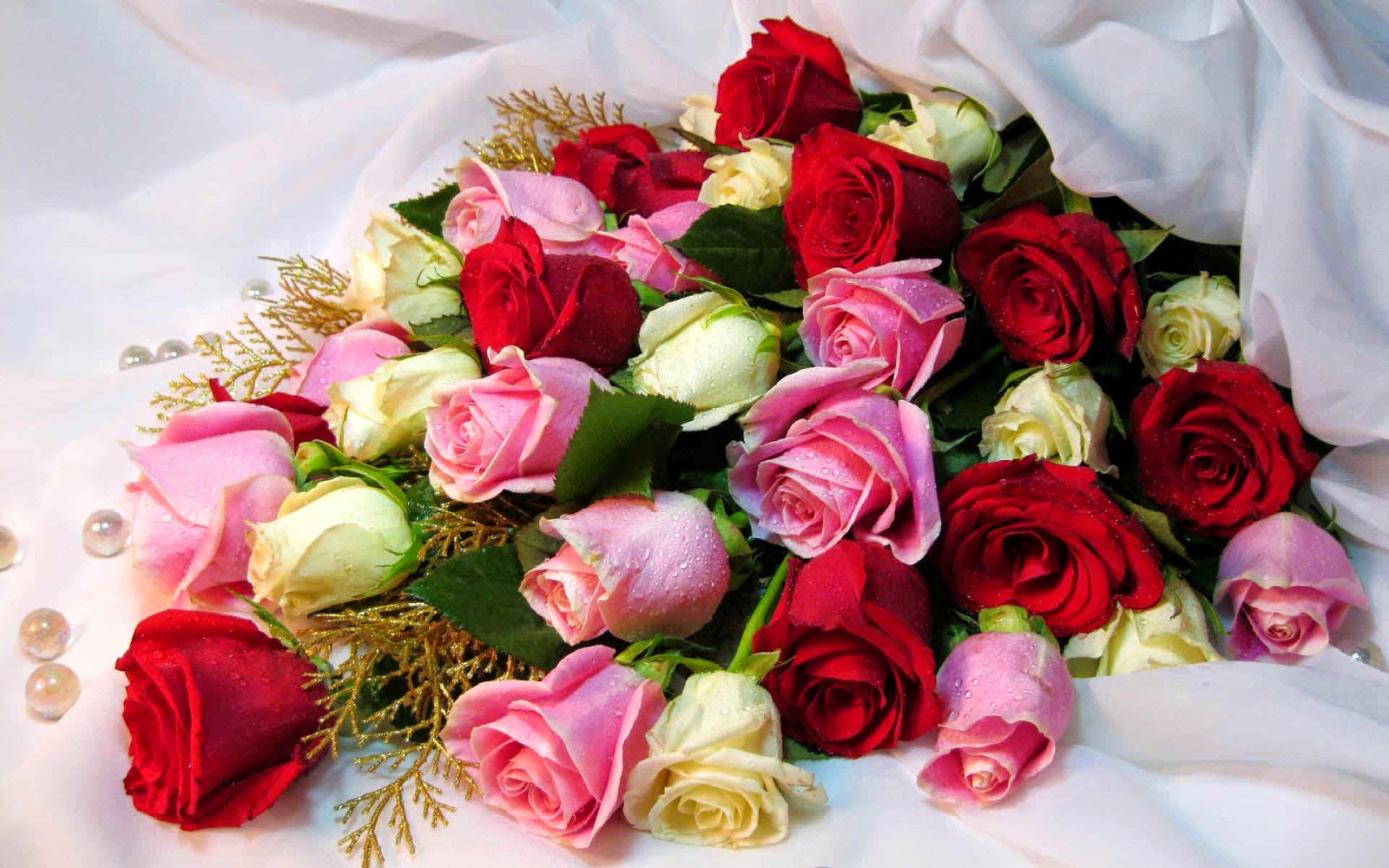 1.  Roses.  In the spring they start out as buds.  By early summer they bud into gorgeous roses.  Now speaking of Roses...my debut novel. 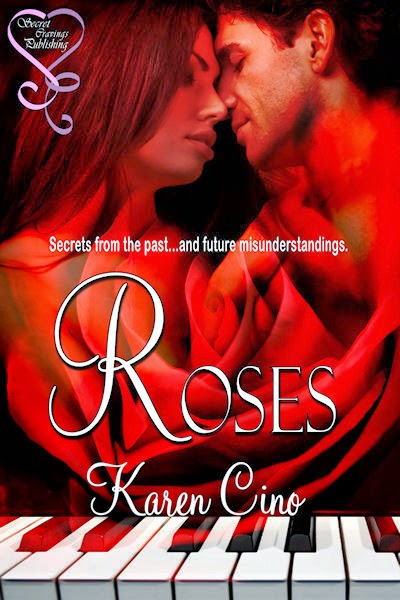 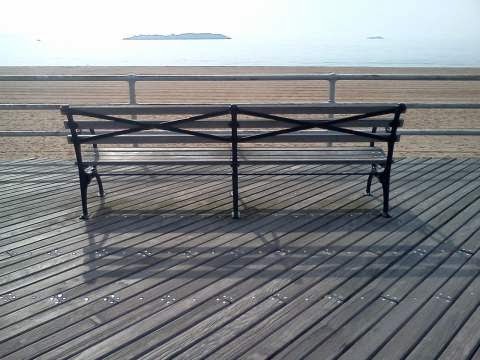 2. As March turns into April, then May, the weather begins to get warmer.  I love walking every morning down at the boardwalk.  But once the beaches are cleaned, you will find me walking along the oceans end in my bare feet. I love the way the sand feels under my feet, especially the scent of the salt water.  I've been walking the boardwalk and beach for over ten years.  That's how I came up with the idea of The Boardwalk...


After an accident at work, Brooklyn DeMelli walks every day down at the boardwalk as a way to keep active and have a semi normal social life. She meets up with the regular morning walkers, while enjoying the beauty of the beach and the scent of the ocean. To keep busy she started her own company, making beaded jewelry for parties and flea markets. 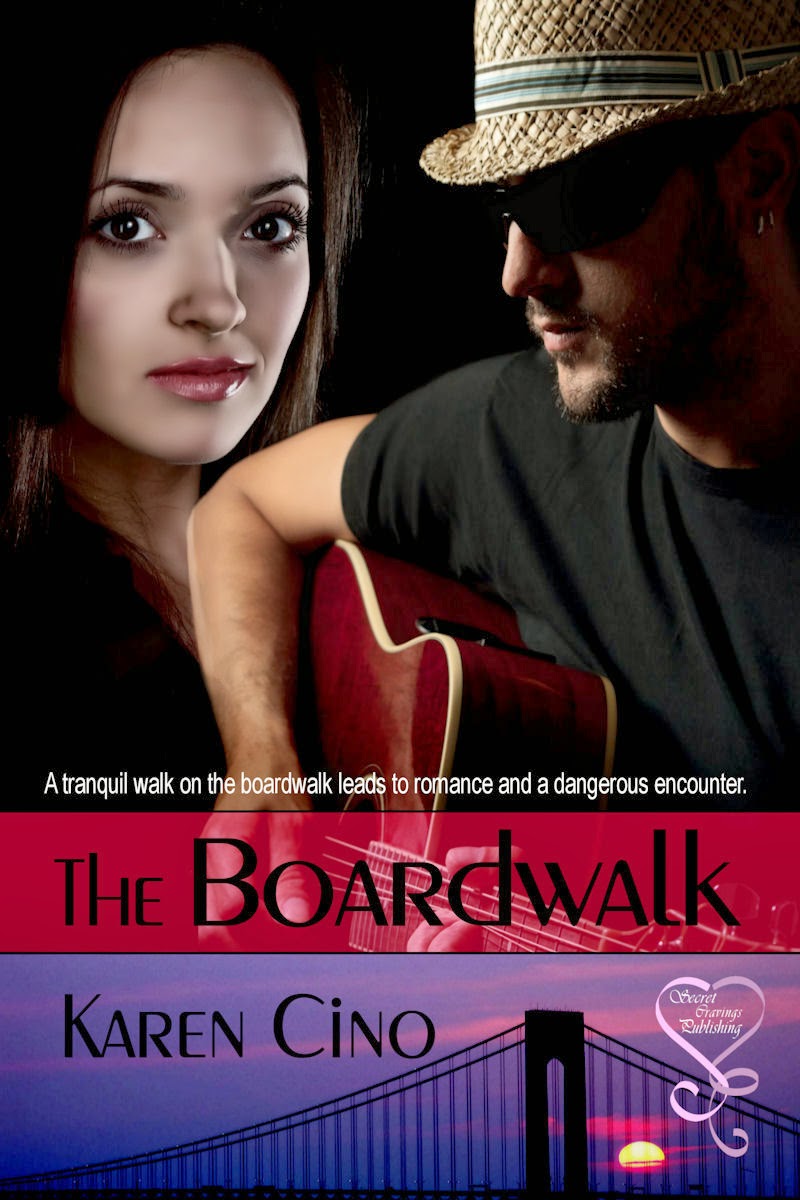 Mario Morales is the hippy that plays acoustic guitar every morning at different ends of the boardwalk. The music captivates Brooklyn. Following the muse, she meets Mario who turns out to be a narcotics detective working undercover on a huge investigation. When Mario finds out Brooklyn is inadvertently involved in a drug trafficking ring, it leads to a series of events, which puts Brooklyn’s life in jeopardy, while forming a romantic bond between them. 3.  This is my setup once the weather gets warmer.  Some years, I was sitting down on the beach before summer even arrived, making spring be the time when I do all my brainstorming and get my outline down on paper.  Early spring is when all my ideas bloom.  That's when I got the idea for my Mystical Wonders four book series...

Bad boy Angelo Esposito sweeps Fay Odina off her feet.  He has a dead wife and an ex-wife, along with a secret past and an agenda. Angelo finds his perfect mark in Fay, who owns the family Vintage Clothing Shop.
Despite her friends’ warnings that she is in imminent danger, she runs off and marries Angelo. It’s up to the girls to juggle their own relationships and dig deeper into Angelo’s past.


Madison, Shari and Cassie play a major role in protecting Fay, while digging into Angelo’s past.  Shari still can’t channel into Angelo’s mind, leading the women to believe he has something to hide.

A reunion with an old love puts Madison’s relationship with Sal to the test, causing her to reevaluate her life.  While family secrets continue to be exposed, Cassie’s life spirals out of control. Both women will be forced to make life changing decisions.

Having gained Fay’s trust, Angelo is ready to move forward with his plan no matter what the consequences.

Cassie seeks Shari’s help on a case.  While they uncover pieces of the puzzle, they get closer to the truth about Angelo’s past. Madison, Shari and Cassie come together, racing against time, to save Fay from a disastrous fate.

To deal with her onset of early Alzheimer, Fay Odina takes a trip to Italy to spend time with her family, leaving her daughter Heather in charge of the family business.

Madison and Dino Pinzini are dealing with the complications of Dino’s heart attack, which puts their relationship to the test. Meantime, as Cassie Scott deals with trust and commitment issues, she meets New York City Police Detective Antonio Palencia.

Cassie’s cousin, Sophia returns to Staten Island.  Sophia is involved in a dead end relationship with a secret past hidden in a box full of letters.

The women begin receiving puzzle pieces of them in the mail, which could result in disaster.  All they have to go on is Shari’s vision that shows long shiny purple fingernails.

When Antonio receives a tip, he and Cassie have to race against time to solve the mystery.


Shari's home is the center-point of the story, the only one, which isn't submerged under water.  Madison and Dino are trapped in their crawl space as water has swept through home. Sophia is at work when a tidal wave hits and she is swept away, holding on to the chandelier for dear life.  Cassie and Antonio are stuck in the police precinct, with the only way out is climbing through the metal grate in the ceiling up to the floor above.  Fay gets from Italy to England where she is trying to get a flight home to make sure her daughter Heather and her friends are safe.

With no electricity, landlines or cell phones in service and the streets flooded out, the women have no way to contact each other or know if the other is in despair.  The women turn into survival mode with each knowing their survival is necessary to help their friends.

In the spirit of Spring, I will be giving away copies of my book, your choice.  Leave me a comment on what your favorite part of spring is along with your email address.

My books are available at:  SECRET CRAVINGS PUBLISHING,  and AMAZON

a Rafflecopter giveaway
Posted by Karen Cino at Wednesday, April 02, 2014