Welcome to this weeks Tuesday Tales to the word prompt bottom.  This is the continual story of my WIP From Me to You.


“Please Sophia tell me what’s going on.”
“Come on, follow me up to my bedroom. I will be better able to explain what’s going on.”
Erika walked close behind and followed her into the bedroom.  Sophia stood in front of the walk-in closet, opened the door and walked in.  Erika leaned against the door and Sophia stood with the monitor in her hand.
“You see, I planted it here.” She pointed to the floor, moved the shoebox to the side, and placed the monitor back on the floor.  “The plug is over here behind the shoe rack so there was no way he could see it. Besides,” she said waving her hands, “he never walks into my closet.” 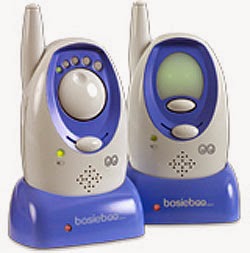 “Okay.  And I still don’t understand what the baby monitor has to do with anything.”
“I took the walky-talky part of it and sat outside in the car around the corner listening to see if anything was taking place.  I did this for close to a week.  Just when I thought I imaged things and was going to throw out the monitor, something told me to check it out one last time.”
Tears began filling Sophia’s eyes as she sat on the edge of her bed.  Erika grabbed the last few tissues from the bottom of the box and handed them to her.  Erika broke down twice in a day was something she never expected.  Erika started to feel bad about moving away, not being able to be there for Sophia like she was for her, but there was no turning back.
Sophia stopped crying and her sadness turned into rage. She turned around, blew her nose and faced Erika.  “I sat around the corner in front of Betty’s house. I ready to shut the walky-talky off when my cell phone rang.

I spoke to the receptionist from work and became distasted when I heard Brian’s voice come over the walky-talky.  I hung up and listened as he spoke.  I tried to figure out the other voice...it sounded so familiar...but it couldn’t be...I didn’t want it to be.”

“Who was he with?”
“I don’t know how to tell you, or even how to describe the way I felt when I realized who the mystery person was.  How could I have been so damn stupid not to realize it?”
“You are not stupid.  You are a kind and loving person.  You always trusted people and always found the good in everyone.”
“Erika you don’t get it, do you?”
“No.  I guess I’m the one being stupid,” Erika said crossing her arms, fearing the worst.
“My husband is having an affair with another man.”