Welcome to this weeks Tuesday Tales. The story picks up where Jill and Robbie are at Strawberry Fields, in Central Park in New York City. This is a work in progress and has get to be titled.


Their afternoon in Central Park was flawless. They spent an hour at Strawberry Fields listening to different musicians perform their rendition of their favorite Beatle's songs. The slow ones they danced as a couple, the fast ones they sang along with the crowd. Jill couldn’t be more pleased with the way the afternoon had gone. 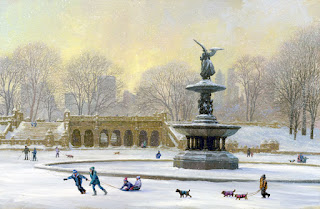 The only thing missing, to make it a perfect afternoon was feeling Robbie’s lips pressed against hers. As the sun started to set, Robbie took her hand and led her to the fountain where they sat in silence watching the orange colored sky turn into darkness.

Robbie stood first before reaching his hand out to Jill.  “After all that singing and dancing, I worked up a hell of an appetite.”

“To be honest, now that we stopped dancing, I am starting to feel the cold drive through my bones. A cup of coffee would be the perfect antidote,” she said walking along side him.

“Yes it would be, but it’s going to be a challenge keeping you warm until we get there. I know this place down in Little Italy that will serve us espresso before we order our meal.  How does that sound?” 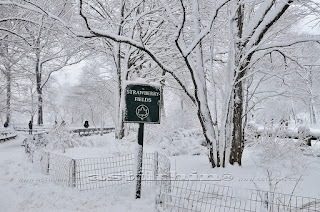 “But for the problem at hand…” Robbie placed his hands on her waist, and leaned into her tenderly kissing her lips.

Jill slid her hands up his leather jacket and rested them on his shoulders. The softness of his lips against hers drove her crazy. After a few minutes, Jill backed out of his embrace.  What was she doing? How could she let herself mix business with pleasure? She wished she could get on the next plane and fly back home to California. But, her life had ended there. All that was left was her broken marriage and a career that went belly up because the network went bankrupt.

“Hey, I thought it would take longer than that to warm you up.” 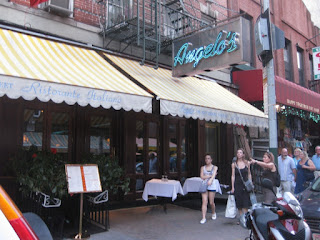 Robbie walked over to a street vendor and bought a wool scarf, which he tied around her neck and a woolen hat. “There you go.  That should keep you warm until we get downtown.”

Sticking his hand out, he flagged down a cab.  He opened the door and Jill slid in rubbing her gloved hands together. “Mulberry Street,” he told the cab driver.

“I forgot how cold New York City gets in the winter. I guess that’s the only thing I really miss about California is the hot weather.”

“What would the holidays be without the cold weather or snow?”

“That’s the one thing I hated about being California in the winter. The last Christmas Eve and Christmas Day, I spent sitting out at the pool dangling my feet in the water by myself.”

“You won’t be having anymore holidays like that. We’ll be too busy working on the show. Time doesn’t come to a standstill in New York City. We work on Christmas Eve, and on Christmas Day, for the people on staff who aren’t flying home to be with family or friends, the producers put out a lavish spread on the set. The men you met earlier are family oriented.  They are good people. As long as you’re a part of this set, they take care of you.”

“Wow. I wouldn’t expect that.”

“You’re part of a unique family. I’m a so happy, in more ways than one that we met.”

The cab pulled up in front of Angelo’s Italian Restaurant. Robbie paid the driver before sliding out of the cab and taking Jill’s hand in his, leading her into the restaurant. The hostess led them to an intimate table against the wall where a beautifully painted picture of Sicily lined the wall.

“Are you ready for a cup of espresso or would you like to have a glass of the best red Italian wine you have ever drank?”

“Since you put it that way, I would have to go with the wine.”

“Perfect choice, for the perfect lady.”

Perfect? He has no idea.
RETURN TO TUESDAY TALES