Welcome to this weeks edition of Tuesday Tales. We are continuing with the story of Jill and Robbie.

That night, Jill lay in bed for the longest time not being able to fall asleep. She had come back to New York with a plan, which consisted of getting a job, finding a place to live and finally working on her memoir. But instead, the plane wasn’t even twenty minutes off the ground when she met Robbie, landing herself a job before she even got off the plane. She had to keep her life on track. Meeting Robbie derailed her original plan. Renting the cottage from Robbie made the transition to New York much smoother. But falling for him was the last thing on her list.
~
“Good morning,” Jill sang, walking into Robbie’s kitchen. 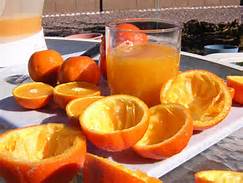 “Hey. You’re just in time. I squeezed some fresh orange juice, made a batch of corn muffins with pieces of corn in them and freshly ground coffee.”

“Wow. I didn’t realize you were domestic too.”

“I’m not. Would you believe that I’m just trying to impress you?” he asked, his cheeks growing rosy.

“Yes.” She giggled.  “And no, you don’t have to do that. I usually don’t eat breakfast and if I do, it’s dry cereal out of a coffee mug.”

“That’s going to have to change. We’re going to be working long hours on the sitcom.  Since you’re the head writer, you can do most of the writing out here, but once a week we have to meet at the studio for an meeting with the staff and the actors.”  Robbie placed a glass of orange juice and a dish with an extra large corn muffin in front of her.  Next he brought the coffee and the vanilla creamer.

“Thank you, Robbie. I’m not used to being served.” 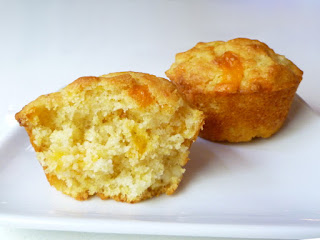 “I thought we’d get an early jump on shopping this morning. I’d like to spend the afternoon going over and tweaking the script. I’m hoping to have the script ready to go so we can have a meeting on Thursday morning.”

“When will we start shooting?” she asked, eating a piece of muffin.

“The executive producer wants to have at least the first six episodes ready to go. He feels that will give us enough leeway to get to know the characters and see where they bring us.”

“That’s what we’d do on the soap. Sometimes one particular character would just take over the story, opening up so many opportunities.”

“Since the show has two stories running parallel to one another, we have to make sure the characters and scenes are in synch. You are going to love the two other writers on staff.”

“I usually get along with everyone. I’m always open to any constructive criticism that will make the plot stronger. I believe in team work.”

Robbie nodded. He finished this breakfast and brought his dishes to the sink. Jill felt he was a little off this morning. Robbie wasn’t his usual cheerful self. He seemed somewhat withdrawn as if something lay heavily on his shoulder.  Should she say something? Or just ignore his solemn mood.

Going with her instincts she stood, brought her dishes to the sink and turned the water on to wash them.

“Not a problem. It will just take me a few minutes. Why don’t you pour yourself another cup of coffee?” 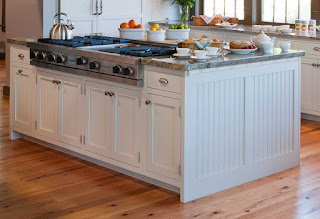 Jill quickly cleaned the dishes and muffin pan in the sink, placing them into the drain board. She’d leave the dishes for him to put away.  When she finished, she turned around to watch Robbie pacing back and forth in front of the kitchen island.

“Robbie, what’s wrong? Did I do and say something to make you seem so out of sorts?”

“No. You didn’t do anything. I just have something important on my mind.”

“Do you want to talk about it?”

Robbie stopped pacing and walked within inches of Jill. “I think I would. There’s just something that’s driving me crazy that I have to get off my chest.”

Robbie moved her hair off her face, leaned into her and kissed her lips. Against her better judgment, she went with heart, wrapping her arms around his neck, responding to his kiss.

The ink isn’t even dried on my divorce papers. But this time it felt real…not good.