Welcome to this week's Tuesday Tales to the word prompt stone. This is an excerpt for my work in progress.

“Peggy was real sick with meningitis and was on the road to recovery.  He said he just couldn’t throw her out, but promised as soon as she recovered he would talk to her about finding a place of her own.”
“I don’t know whose worse, you or him. You both got involved in other relationships on the rebound.”
“You’re a hundred percent right.  I was a fool when I married Bill. You’re right in saying my first marriage was on the rebound, along with the second one to Alex.  I don’t think I ever really loved either one of them.  I hurt both of them when I asked for a divorce.”
“You can’t look back.”
“I don’t.  And then when I was about to get a second chance with Charlie, I got those damn cards.”
“Personally, I think deep down you used the receipt of the cards a a legitimate excuse to resign

from your job at the television studio and run away from your problems.  The cards thing just isn’t real.”

“And what made you come to the conclusion?”
“It was just a feeling I had.  I sensed you lost your drive to go on stake outs and your adrenaline rush for breaking into places had diminished.  You lost something with your breakup with Charlie.”
“Yeah I did. I felt as if a part of me had died.  But that’s over now.” Rachael quickly recovered from her somber mood. “Things are different, I am different. I am stronger and successful.  I might have given up one career, but I sure as hell made a great, or shall I say we made a great comeback.”
“We sure as hell did. I’m able to stand on my own.”
“I don’t think you’ll ever have a problem. You and Gene are there for the long haul.  I think you have nothing to worry about.”
“You’re right.” Leaning across Rachael, Lacy looked out the window.  “It won’t be long.  I can see the city in the distance.  We should be arriving in less than an hour.”
“I think you’re right.  I can see the tall building over the trees.”
“You know it’s funny, but the close we get to our past, the more I regret coming here.”
“Why is that?”
“I just get this eerie feeling about coming back that I just can’t explain.”
“Is there something you’re not telling me?” Rachael asked concerned.
“No. I don’t know. Maybe I’m wrong and I’m just reading too much into Matt’s motives for having me be a part of his last will and testament.  But I just can’t seem to get out of my mind the reasoning behind this.”
“I’m sure the reason is going to be just as ridiculous as the way he turned your divorce into.  Let’s just hope he didn’t leave you with some outstanding debt he never paid bank and you’re being held liable for.”
“That would be my luck.  I’m at a point I my life that it’s as close to being perfect as it could 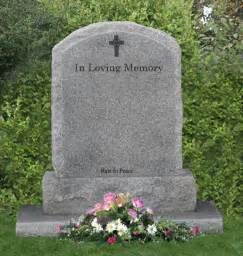 possibly be.  I wouldn’t be surprised if Matt gives me a zinger from his grave, with the head stone shaking.”

“Okay, that’s it, enough of the subject.  Let’s not think about it or else it’s going to drive us crazy.”
“So what do you purpose we do?”
“First thing to do is check into our hotel and call the hair salon to make appointments,” Rachael said squirming in her seat.
“You’re right.  I think hair, manicure and pedicure are in order for both of us.”
“Sounds like a plan.  I also think tonight we should grab an early dinner and get a good night’s sleep.”
“Just to set the record straight, it’s agreed that no matter what happens we’re out of here on the last train tomorrow night?”
“Exactly.  The less time we spend in River Lake Springs, the better off we’ll be.”
Rachael shook her head in agreement.  River Lake Springs was thing of her past.  She would be content in having bad haircuts instead of returning back to the place she still had a had time forgetting.
Lacy pushed Rachael’s shoulder. “Hey, stop drifting.  This is a twenty-four hour gig, so we’re rolling in and out with limited contact with all.  Right?”
“Right.  We agreed on all the specifications before we left.  We have to stick to the itinerary we mapped out.”
“No doubt.  I promised Gene I would make sure you returned home in one piece.  Remember?”
“Yes I do.  He felt so bad he couldn’t accompany us.”
“At least if he joined us we wouldn’t be sitting on this train.  Instead we would be sitting in the truck with a twelve pack of beer drinking it out of a brown paper bag,” Lacy giggled.
“And it wouldn’t be a first either. Anyway, this turned out to be the better way.  Look around,”        Rachael circles her left arm, “this car is practically empty except for that older couple and their cat in the pink travel bag that occasionally meows down the other end.”
“You’re right.  This way neither one of us had to drive.”
“The worst part about the drive is that you have to keep the radio low in order to hear the radar detector.”
“That’s why the train is your best bet.  We sit, relax, have a few cocktails and maybe even take a snooze.  It’s no frills, and we save on gas and tolls.” 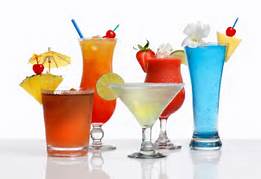 “Alleluia,” Rachael sang raising her voice.  “Between the two of us, and our nerves, it would’ve been an interesting trip if we had to drive.”

“Don’t even get me started again. I’m really nervous about the reading of the will. I did my tarot cards this morning before we left and they were inconclusive.”
“Let’s not worry about anything.  “We’ll go directly to our hotel and order room service.”
The stood up when the train conductor made the announcement they would be arriving in River Lake Springs within ten minutes.
“Are we ready to confront our demons?” Rachel asked.
“Do we have any other choice?”
The train came to a halt. Rachael and Lacy made their way out of the terminal and into the cocktail lounge.  Their original itinerary had already been broken.